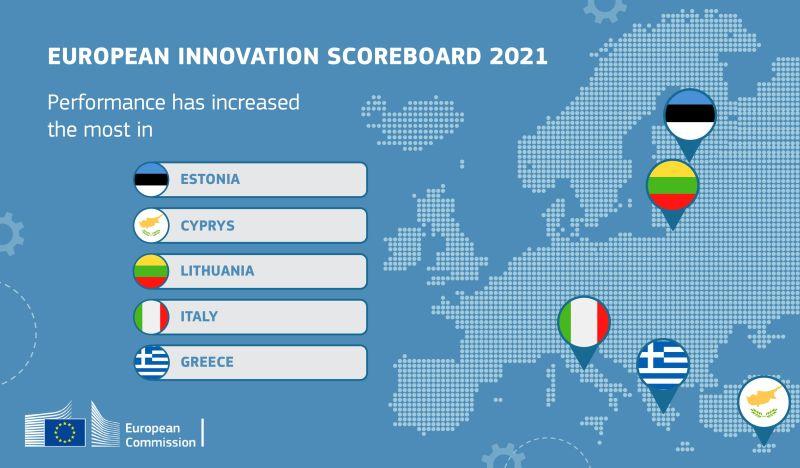 The Commission has today released the European Innovation Scoreboard 2021, which shows that Europe's innovation performance continues to improve across the EU. On average, innovation performance has increased by 12.5% since 2014. There is continued convergence within the EU, with lower performing countries growing faster than higher performing ones, therefore closing the innovation gap among them. According to the 2021 Regional Innovation Scoreboard also published today, this trend applies to innovation across EU regions. In the global landscape, the EU is performing better than its competitors like China, Brazil, South Africa, Russia, and India, while South Korea, Canada, Australia, the United States, and Japan have a performance lead over the EU. This year's European Innovation Scoreboard is based on a revised framework, which includes new indicators on digitalisation and environmental sustainability, bringing the scoreboard more in line with the EU political priorities.